Make over shows and the ‘modern woman’


“Our popular culture is rife with stories of personal transformation, where individuals who make positive changes in themselves are rewarded with god fortune and the admiration of their peers” (Portwood-Stacer, 2004,2010) 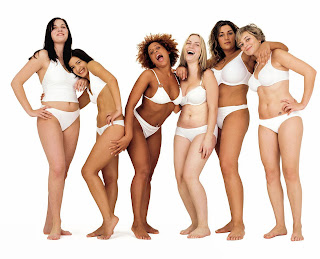 It is well documented that in western culture, there is the pressure to have an attractive, charismatic and presentable appearance. Media images are a huge influence on our outlook and it can change our cultural and social idea as to how we should present ourselves. “We eventually come to see ourselves partly in terms of ‘how we think’ other people see us, a concept known as ‘self conception through other’.” (Michelle A Wolf, 2004,2010) This means that there is a higher concern within ourselves as to how others see us, not as to who we really are. Are we the person that we like to think that we are? Or are we the person that others perceive us to be?
There are currently make over shows on television which promote the importance of getting and having external beauty. In fact, becoming attractive is portrayed as an accomplishment, and as means to fulfilment and contentment. Within this blog I am going to look at make-over and transformation television programmes such as ‘The Swan’ (2004), ‘Trinny and Susannah: Undress’ (2006) and the make-under show ‘Snog, Marry Avoid?’(2008). 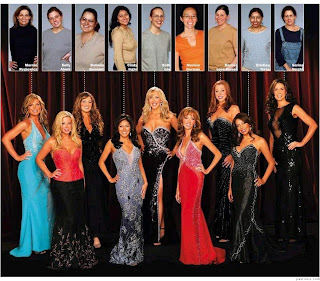 The makeover show ‘The Swan’ (2004) was a reality TV programme, which includes female contestants who aren’t happy with their appearance and feel that changing externally will make them feel better internally. It gives the ideology that if you are beautiful on the outside, then you can be beautiful and happy on the inside.
The programme aims to create a sense of ‘personal improvement’ among the women as they compete to be the ‘most beautiful’ throughout the competition, and then at the end of the competition one of them who has made the most progress is chosen as ‘The Swan’. Even though throughout the programme the counsellors explain to the contestants that they are trying to make them beautiful and individual, they all have a vastly similar appearance such as: big hair (usually blonde or highlighted), breast implants, plump lips and brow lifts. Therefore, instead of promoting individual beauty, they are creating a specific look to represent to the audience as to what ‘beauty’ is, influencing the audience as to how they feel that they should look.


Make over shows can have an effect on audience members leaving them feel inadequate about certain features that they have as “body evaluation is also influenced by the attention we pay to distinctive attributes of mediated images. A psychological concept known as the distinctiveness postulate is useful for explaining the power of media to shape our self conceptions” (Michelle A Wolf, 2004,2010) Women who have particular concerns about a certain body part will attend more to that issue when they see

it in the media, and their view of it being an imperfection will increase.

The television programme ‘Trinny and Susannah: Undress’ involves a contestant, who is either from the general public or a celebrity, standing in a small mirrored room, explaining what they don’t like about themselves such as: body, fashion or self esteem issues and throughout the show the hosts take them shopping, get them a beauty make over which includes getting their hair done, or seeing a makeup artist to give them basic tips on how to keep up their appearance.


The changes in this programme format are more subtle in comparison to ‘The Swan’ as they it doesn’t involve surgery. It seems more empowering as it shows women that one can be “naturally” beautiful.

Among this pressure to conform to society’s image of beauty, there are ‘make under’ television programmes that take women for who they are, and find ways to promote their natural beauty. These programmes have the ideology to ‘use what you have’, that beauty isn’t just on the outside and that you don’t have to look like a model in order to be considered attractive. 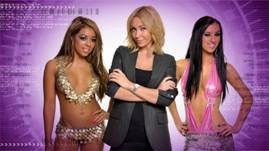 The make under television programme ‘Snog Marry Avoid?’ involves participants, either male or female and from the general public as well as celebrities, who have gone too far with what they perceive as attractive and appealing such as: too much fake tan, hair extensions, over the top and excessive makeup.

The format involves ‘POD ’ a computer system that puts them up to a public analysis, were members of the public are asked whether they would ‘snog, marry or avoid’ the participant, along with other questions that will criticise or compliment them. The participant is then faced with a ‘deep cleanse’, which strips them of their makeup and they then have to choose from a range of hair colours and a fashion style. They are then ‘transformed’ accordingly and then again put to the public’s analysis (which always has a more positive result).

Again, this is another programme which isn’t as invasive as ‘The Swan’ or other television programmes that involve plastic surgery, promoting natural beauty and how to achieve it effortlessly. The programme involves audience participation, similar to shows like ‘America’s Got Talent’ were participants are put up to judges and the public’s vote and scrutiny. The preferred reading of this programme is to amuse and entertain the audience because of the physical extremities that the participants have done to themselves, but at the same time it uses that comedy to put across a message to the audience that you don’t need to rely on too much make up, or hair extensions in order to emphasise your look.

This change in format of makeover shows could be due to the latest economic crisis, the emphasis on extreme measures that are expensive has declined. It appears that being excessive is harsh on those who are jobless, with the unemployment rate at a high. ‘Snog, Marry, Avoid?’ is a more ‘toned down’ version of ‘The Swan’ as it is about reducing excess and the extreme. Although, the focus on ‘the external’ shows what matters, and that our bodies and our appearance is still overly scrutinized by others.

Kilbourne, J. (2004,2010). The More You Subtract, The More You Add: Cutting Girls Down To Size In Advertising. In R. A. Lind, Race, Gender, Media: Considering Diversity across Audiences, Content and Producers. Boston,MA: Allyn and Bacon: Pearson Publishers.