SCWAMP analysis for Keeping up with the Kardashians

Straight: The Kardashians focus a lot on the three oldest sisters’ romantic relationships. All of their intimate relationships have been heterosexual. Khloe is married to Lamar Odom. Kourtney has a child, Mason, with her boyfriend Scott Disick, and Kim has recently split with Reggie Bush. The family is always super involved in each other’s relationships. Kourtney, Kim, and Khloe can often be quoted saying, “When you date one of us, you date all of us.” Rob has dated girls on the show, and the family is often informed on the status of his relationships. 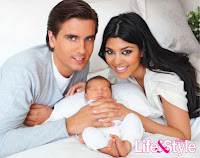 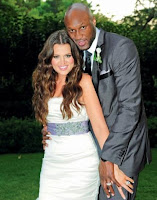 Christian: Khloe and Lamar recently exchanged vows at an outside venue, and not in a church. Typically Christians get married in a church. The officiate of the wedding was also not dressed in reverend or priest attire. On the show, viewers never see the Kardashians going to church any day of the week, or to any religious venue. Sometime in the show you can see Rob or Lamar wear replicas of cross chains which represents a form of Christianity, but that is the only sign of Christianity seen.

White: The Kardashians are Armenian and Bruce the step father is of white decent. Kendall and Kylie are a mix of Armenian and white, but the show is centered around their Armenian roots. Sometimes Kris will make Armenian cookies or other dishes that pertain to their culture. The four oldest children always have bronzed skin, and Bruce, Kylie and Kendall are the family members that stick out because of their skin color. Khloe, Kim, Kourtney, and Rob’s biological father was Armenian, and died of cancer when Khloe was just nineteen years old.

Able bodied: Fit and curvy are two words that are commonly used to describe Kim, Khloe, and Kourtney’s appearance. Khloe has often expressed how she has struggled with her physical appearance being that she is taller and thicker than her older sisters. Kim often stresses working out and has her own workout tapes. The Kardashians also advertise the weight supplement Quick Trim. Having a flawless outward appearance is very important in this family which partly stems from the pressure of the media. “We begin the process of perceiving ourselves from the perspective of another person, a viewpoint that gradually becomes disassociated from any specific person and becomes that of society at large.” (Brim, 1968, p.46).Kim and Kylie are both models. Some of the sisters even undergo treatments to help them remain looking and feeling young.

Male: Women dominate the Kardashian household. The show often shows how Bruce is out of the loop on decision making. Rob is the only brother the girls have, and the sisters are very protective of their brother. Male dominance is not an issue in the show. The main purpose for men on the show is for companionship. Even though men might not have a direct dominance on the women in the show, they still have an influence on how the women present themselves. It is because of the men that the women wear designer clothes, work out daily, and wear make-up. The ultimate goal for Kim is to find a man. Pleasing the men in their lives and other potential men in the future provides an example of how men have some dominance in the Kardashian women’s lives.


Property Holding: Property holding is a big factor in how the Kardashians measure success. Khloe and Kourtney own a store called Dash while Kris and Kim own a store called Smooch. The parents have recently upgraded their home to a ranch style to a mansion style home. Khloe and Lamar purchased a three million dollar home, and Rob lives with them. Kim just purchased a new house, and Kourtney and Mason live with her. By just looking at the pictures a person can tell that having a luxurious home is important to the Kardashians. Kim does not need a huge mansion for two people and a baby, and the same goes for Khloe and Lamar. Having a mansion is a way for the Kardashians to show that they have money, and make that statement to the 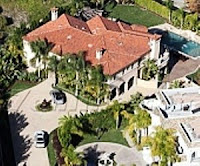 After looking at the SCWAMP analysis of Keeping up with the Kardashians, it is easy to understand why the Kardashian family is so appealing to the media. Everyone in the family is straight, able-bodied, and property holding. They are not the average everyday family, and some viewers like to see how the wealthy live. The SCWAMP analysis provides a great example of how something different from the middle to lower class everyday lifestyle is attractive.

Posted by Film Production at 12:53 PM