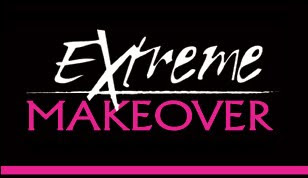 By: Kristen Piasecki
Cultural critics have solidly argued that marketing has encouraged individuals to look to the consumption of goods as a vehicle for happiness. Consumer goods that promise this range from a person’s physical appearance, to items a person possesses. However, the product ultimately fails, and thus, many find themselves on the never-ending journey to better perfect something we own. Reality shows such as “Extreme Makeover” and “Extreme Home Makeover” gives the indication that once the “thing” desired to be corrected, is corrected, it will fulfill endless happiness to the individual owner. However, the deeper underlying issues as why the individual is unhappy and what exactly will provide happiness is often overlooked. These shows imply that to feel good on the inside, you must look good on the outside. Often times, a person finds true happiness within themselves, not within a makeover. 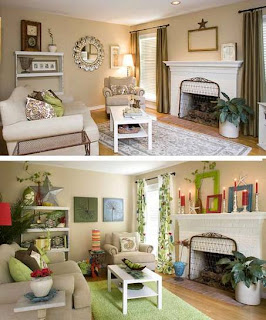 The show Extreme “Home Makeover” a contestant and family is selected whose home appears to be in desperate need of repair. The homes that are typically selected are modest homes that have been over lived in, and are on the verge of falling apart. In some circumstances, the houses that this show chooses are houses that are apparently going to fall to pieces at any moment. Often times, a heart touching story is accompanied along with the selection of the contestants. For example, one show, a mother was caring for 15 special needs children. The house was very old, and their bedrooms were not desirable, and neither was the house. At the end of the show, she was given a big brand new house, with all new appliances as well as a building across the street to teach the children in. The audiences at home are rooting for the success of this individual, because she has had a hard life, and she is a giving person. Extreme Home Makeover strategically selects individuals who are both in need of assistance, yet somehow apparently worthy of the assistance. Nevertheless, this show still leaves the impression that the old house was terrible, and the new house will now make the entire family more closer together, which will in turn lead to happiness. 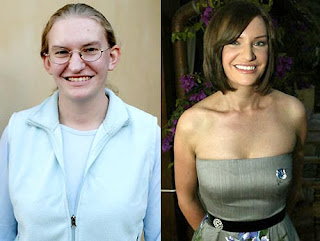 The show Extreme Makeover is about an individual selected (almost always women) who is unhappy with their overall physical appearance, and is in need of an extreme makeover! Often times, the individuals in which are selected for this program are typically very self conscious, and suffer from some type of emotional abuse or traumatic accident. There are many episodes where the women were teased because their nose was too big. There have even been episodes where the person selected was in a terrible accident in which emotionally influenced them, sometimes, having nothing to do with their overall physical appearance. During the duration of the show, the woman is literally transformed. She is maneuvered into a life size Barbie doll, and considered to now be socially acceptable. At the end of the show, and the grand finale, the masterpiece is revealed. She is now a socially acceptable and gorgeous girl who can now find eternal happiness because of her new found physical appearance in which was created by doctors. This show gives the impression that if a woman is beautiful on the inside; she deserves to be the socially acceptable definition of beautiful on the outside.

Although these shows differ, their overall conception is extremely similar. Thing is in need of repair. Thing gets repaired. Thing is beautiful. The main difference between the two shows are that homes are literally, “things” and people are not. Homes may be in need of repair, in order for a family to survive. People are often times in need of physical repair just to improve their self confidence. Either show, and either result, the definition of “beautiful” remains the same
Posted by Film Production at 7:40 AM