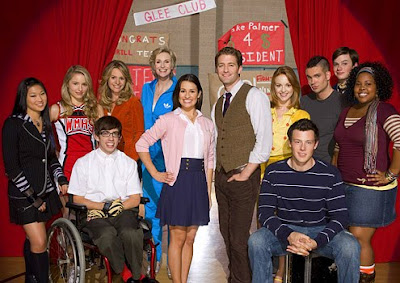 The television show “Glee” is about to approach it’s second on the Fox network. For those of you unfamiliar to what the show is about, the high school students endure many struggles and solve their problems through song. The show has done remarkably well, and continues to have an impressive amount of celebrity guest stars. The season finale shows typically deal with a “sing off” and a major competition that will serve as a cliff hanger for the next season. At the end of the final episode, the characters are still left with many problems in need of solving, which will eventually take place in the preceding season. I selected to analyze this television show using the wildly popular SCWAMP analysis. My objective is to dissect each aspect of this show that is often excused as an acceptable part of today’s media. 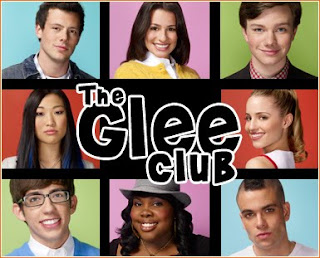 For those unfamiliar with the “SCWAMP analysis, it is an acronym, and each letter stands for an important term. The acronym SCWAMP stands for Straight, Christian, White, Able-bodied, Male, and Property holding” (Media and Race, 179). We notice many things that are easily classified under this analysis on a daily basis, which might by why this analysis is widely popular. The SCWAMP analysis typically analyzes the various ways in which our society has been influenced by the media; both positively and negatively. Having applied this particular analysis to the television show, Glee allowed me to see the many evident correlations between the popular television show, and the defined analysis. The show Glee can easily be categorized under each of the following sub topics.

For the topic of Christianity, this appears to be an issue that not very many shows emphasize heavily on. The reason that I speculate that Christianity, and religion in general is not widely emphasized is the media’s need to keep an open audience. Religion is a topic that is extremely personal to many people, and can easily offend people as well. While there is no direct implications of Christian 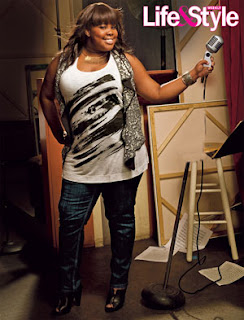 ity in Glee, there is still a noticeable Christian connection; Christmas. The show has been noted displaying Christmas trees, as well as holiday decorations. This aspect connects the aspect of Christianity to the widely popular television show. Without question, this observation is extremely minimal; however, it is still a significant correlation between the religion and the television show.

For the aspect of White, involving the SCWAMP analysis, the majority of the cast of Glee is Caucasian. Of the 12 members of the cast of Glee, excluding teachers and principals, who are also white; 10 are Caucasian, and there is only one African-American apart of the cast, and one Asian apart of the cast. This is an extremely scarce amount of characters in which is a race other than Caucasian. With our nation’s current state of diversity, it is shocking to discover that still, the majority of a large cast is still Caucasian. It almost appears that these two characters were placed within the context of the show to obtain the African-American audience, and the Asian audience. Through using the SCWAMP analysis, it was evident to discover that the “white” factor still plays a dominant role in today’s media.

For the Able Bodied aspect of this show, it is semi-diverse. Most of the characters appear to be in a positive body shape, and fit the generic in shape stereotype. All of the men apparently work out, and are in fantastic shape for their age. All of the woman are tall, thin and wear clothing to make these results apparent. There is, however, two individuals in which break these rules; Mercedes Jones and Kevin McHale. Kevin McHale, who is completely able bodied in real life, plays a wheelchair bound adolescent in the television show, Glee. He is well liked by his Glee friends, however is heavily scrutinized by the rest of his peers. Glee partners his c

haracter up with an able bodied female, and thus, the acknowledgment of a wheelchair student is made apparent. Mercedes Jones is able bodied; however, she differs from the rest of the cast in the aspect of weight. Her weight is significantly different than that of the rest of the cast. Nevertheless, the SCWAMP analysis proves that almost always on Glee, the characters are able bodied.

For the Male aspect of the show, although the cast is virtually evenly split with 5 characters being male and 7 characters being female, male dominance still remains a prevalent theme. In two circumstances this season, a woman is “dumped” the woman shortly cries or retaliates, implying that the male character had significant control over her feelings. Male competition is also another prevalent theme. In one circumstance, two of the male characters were violently fighting over a girl they both desired to be with. This “fight” implies the infinite search to define masculinity, as well as show male dominance. The two men immaturely fought over who would win this woman’s heart; completely excusing the fact that the women herself might now want the man who won. Through the SCWAMP analysis, it is apparent to notice that male dominancy is still prevalent.


For the Property Holding aspect, direct correlation can be made. Each character has a home in which they come home to. Although these are simply fictional houses, the show still gives the implication that each of these characters, despite ethnic make and sexual preference, all can feel secure in their own home. It implies that normal kids, dealing with normal problems, have normal homes. However, it completely ignores the entire population of kids who are living with relatives because they have lost their home. While this issue is overlooked, it might quite possibly be an issue that is too large for the show to deal with. The issue of homelessness is an issue that takes great depth and consideration, and the show Glee, while sentimental at times, probably could not deal with an issue of this severity.

The television show Glee is made as an escape for kids to watch in order to relate to their life. A realistic view would explain that this show is a fabrication of actual high school, and while students do deal with many of the same problems expressed on the show, they do not break out into song in hallways in between class periods. After analyzing this show with the SCHWAMP analysis, it was very apparent to notice why the show remains to have such a large fan base. The evidently prevalent trends that are shown in the media on a daily basis are the way Americans tend to view our society here in America. It would be interesting to see which other problems Glee chooses to deal with, however, with this large of a fan base; it looks like Glee will be on the air for quite some time to come.