SCWAMP analysis of "The Bachelor"

By: Leslie Purnell
“The Bachelor” is about to run its fifteenth on the ABC network. Each season one bachelor is set up with a total of twenty women in a quest to find “true love.” As each show airs, the number of women get smaller and smaller until there are two women left. The finale is a two-hour special that shows the bachelor and each woman on their final date before the proposal. At the conclusion of the season, the audience channels in to find out if the bachelor has finally found his soul mate. I chose to use the SCWAMP analysis to help people see the Bachelor is the ideal for what the media craves to see today.
“The SCWAMP analysis stands for Straight, Christian, White, Able-bodied, Male, and Property holding” (Ginner pg. 181). We can see them heavily repeated in different sources of media. A SCWAMP analysis looks at how the media has a direct influence on society, and points out what contrasts with the norm. The analysis allowed me to examine the Bachelor break down aspects to see why the show is so popular. Mothers and daughters can gather around the television every Monday, and watch the season from beginning to end. After comparing “the Bachelor” through the SCWAMP analysis, it is easy to see why there the show re-airs year after year. The Bachelor falls under each topic that is prominent in American media today.

Straight- Heterosexual relationships are extremely emphasized on the Bachelor. Every season has had numerous women yearning to steal the heart of the one bachelor. There is no way producers of the Bachelor would ever have a homosexual edition. Homosexuality has never been a theme in a fairy tale story. The viewers of the Bachelor are looking to watch the fairy tale unfold in front of their eyes. Boy meets girl, he courts her, at the end of the show he will propose, and then the couple will be on their way to happily ever after. The Bachelor supports the SCWAMP analysis in displaying that heterosexuality is yet again a dominant the media. 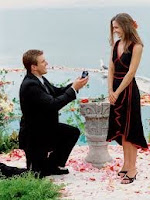 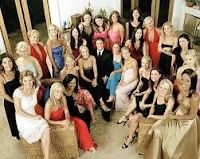 Christianity- The theme of Christianity is seen in some, but not all of the shows. Sometimes the bachelors have discussions about religion with some of the women they have serious feelings for. Another example of Christianity is when a couple of the bachelors end up getting married to the woman they selected at the end of the show. One can also argue there are some not so Christian values on the show such as a sense of polygamy. In the beginning stages of the show the bachelor is essentially “dating” all of the women. Christianity stresses monogamy. There are also some cases during the season finale when the bachelors can invite the women to “spend the night” with him in a romantic suite as a nightcap on their final date. Even though the show does not film behind closed doors, the audience is left to imagine what happened after the bachelor shuts the bedroom door. Sex before marriage is highly frowned upon within the Christian faith. From these examples the theme of Christianity can be argued both ways for the Bachelor.

White- Out of fourteen seasons of the Bachelor, none of the men have been of different decent other than Caucasian. Some of the women on the show, throughout the various seasons, are either African American, or Hispanic. Indian and Asian women have yet to be represented on the Bachelor. The most important question to ask is why have the bachelors not been diversified? There are many successful and wealthy men of color in America. It is safe to say that producers of the Bachelor see Caucasians as the most powerful, successful, and desired men.
Able Bodied- There is not one man or woman on the Bachelor who does not appear to be in shape. All of the contestants have an ideal body shape. Not seeing a variety of body shapes can convey a message skinny people are only attracted to other skinny people. There is a saying, “Love comes in all shapes and sizes,” if the Bachelor wanted to have a show its audience can relate to, they should have a variety of body types. None of the contests are conveyed as just average. Each woman is gorgeous and well groomed. In the scenes where the man and women sit in the hot tub or go to the beach, the women wear bikinis that show off their trimmed bodies. The picture below is a group of people who have been on the Bachelor. Everyone in that picture looks happy to be together. A hidden message that can be taken from this picture is that men and women can only truly be happy when they are skinny. 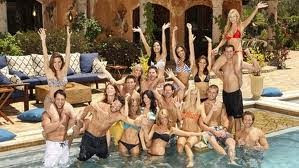 Male- For the majority of the show, there is a male dominance theme about the show. Women are, in a sense, competing with one another for their chance of love with one man. The bachelor decides where the girls go on dates, and whom he takes on certain dates. Women who are eliminated often cry. Crying can convey to the audience that the bachelor had an impact on how the woman feels emotionally. On the other side of the spectrum, the female ends up having the power. After the bachelor asks for her hand in marriage, the woman then has the choice to accept or decline. The male is ultimately asking the female for her approval of the relationship.

Property Holding- Even though the show does not show the house the bachelor and other contestants live in, property is still emphasized. All the women live in one mansion together, and the bachelor stays in another mansion up the street. The producers of the show are communicating that with success comes mansions. Creators of the show want the audience to buy into how much of a great lifestyle one can have when they are a wealthy bachelors. Not every single wealthy person in America feels the need to have huge mansions and fancy cars. So why does television feel the need to emphasize material possessions? Maybe it is due to the fact that audiences like to get carried away with the fantasy aspect of TV. Many people want what they cannot have, and so watching people live the lifestyle of the rich and famous is appealing to the viewers. 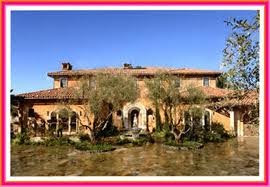 The Bachelor is made for the people in the world who like to believe in fairy tales. A realist knows that the couples do not just run off and have a perfect relationship after the show. After completing the SCWAMP analysis it is easy to see why viewers tune into the show season after season. The dominant themes in the media today are a result of the way Americans want to view civilization in the United States. It would be nice to see more diversity in the cast and surroundings, but like the saying goes, “If it isn’t broke don’t fix it.”

Grinner, Lisa. (2004, 2010). Hip-Hop Sees No Color: An Exploration of Privilege and Power in Save the Last Dance. In R. A. Lind, Race, Gender, Media: Considering Diversity across Audiences, Content and Producers. Boston MA: Allyn and Bacon: Pearson Publishers.

Pictures from Google.com
Posted by Film Production at 11:03 AM